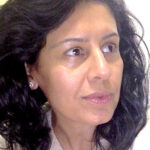 I like my hairdresser/stylist Duane, a homosexual man who is emotionally, romantically, and sexually attracted to men. In the uptight Afghan society, most people look down on others like this negatively. As I became fascinated to learn more about homosexuality, I was intrigued to explore more on sexual diversity.

Duane is a man with good character. Duane respects me regardless of race, ethnicity, religion, education, and political views. We usually talk about current affairs and events and we approach every subject with an open mind.

As I always have been consumed by the reality beyond my experiences and cultural standards, I wanted to leap over the wall of prejudice to get a clear picture of homosexuality.

While I studied sexual attraction or sexual behavior, particularly homosexuality, I came across valid and exciting information stating that over time, cultural and social reactions and attitudes toward sexual orientation have varied by countries and places. Inevitably, in most parts of the world—and especially in more restricted societies with religious beliefs—there are barriers to learning about homosexuality. In such societies, homosexuality is considered a sin and an illegal act.

However, scientists have found evidence that homosexuality is determined by genetics, not a choice:

"A study of gay men in the US has found fresh evidence that male sexual orientation is influenced by genes. Scientists tested the DNA of 400 gay men and found that genes on at least two chromosomes affected whether a man was gay or straight."
– Bryan Fischer

Homosexuality is not a mental disorder or a contagious disease, and people have been openly homosexual for millennia. Some documents prove homosexuality appears to exist in Ancient Egypt, as is depicted in Zephyrus and Hyacinthus
Attic red-figure cup from Tarquinia, 480 BC (Boston Museum of Fine Arts).

As a woman who reveals the dark truth, I hope you will find this information helpful, without invalidating its meaning. I hope that my young Afghan readers will take the time to study on relevant facts with a healthy curiosity and research, to educate themselves, become enlightened, and gain knowledge.

The only way that we can change our negative perspective is if we learn and grow.