US Cash Money not Used for Reconstruction but for Destruction of Afghanistan. 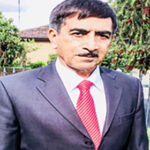 This essay presents a brief but deep analysis of the turbulent situation in Afghanistan, the outlook of which seems unwelcoming.

However, many observers have drawn a clear image of a widespread corruption because of the presence of the United States and its allies, which no pragmatic and impartial observer or analyst can ignore.

Concisely, one can highlight the implications of the huge US financial assistance to its installed governments in Kabul. The United States destroyed Afghanistan in the name of war on terror. In the long run, Afghanistan has been irreparably damaged in all its sectors including social, political, health and security contexts, which can be summarized as follows.

As you know, since 2001, especially after the presence of the US occupation forces and its allies, Afghanistan has been used for cultivating, promoting and trafficking narcotics. The production, processing and other management field operation has been carried out under the direct coordination and supervision of foreign forces stationed for a decade in Helmand province. That is why the amount of opium cultivation did not reduce, but its production increased drastically.

Revenues from narcotics far exceeded the US aid to Afghanistan. This fact becomes apparent only when we have access to the reliable data to depict a clear illustration of the situation. It will be revealed that the United States has spent less than 10% of drug revenue in Afghanistan. Most of the assistance for the so-called reconstruction of our country has been focussed to destroy Afghanistan, especially in the areas of.

The effects of aid on Afghanistan’s reconstruction can be observed in its long-term destruction which are noteworthy to be pointed out in brief.

Unfortunately, the problem of Afghanistan from the perspective of many observers are multi-dimensional and multi-faceted. It is intricately linked to three major factors. The two-hundred-year-old unjust ruling circles, the interventions of powerful and neighbouring countries, its geographical and strategic location. Finally, Afghanistan’s rich mineral resources and its untouched raw materials. The ruling circles have always been at the service of foreigners, once the British conical power and Russia. Now America and British with its regional agent Pakistan. The illiteracy and ignorance of people. Which has been inherited as a by- product of unpopular, puppet and dependent governments. Currently, neighbouring regional and other superpowers are availing of our peoples’ ignorance to ensure their interest through continuation of war and rivalries.

The only way to save the country from total disintegration and devastation and to avoid a civil war worse than the years 90s could be through using the consciousness, patriotic and national forces to get them mobilised and to create a national harmony and unity to stand up and save their country. But it seems unlikely in the existing situation. Therefore, our people should be concerned about a dark and unknown future looming over their occupied homeland.

The talks in Moscow and subsequently in Istanbul which is apparently claimed to bring peace and tranquillity are taking place in continuation of Doha peace talk with Taliban. The Doha talks which continued for one full year was totally fruitless and without any tangible outcome. The US new Biden Administration seems determined to resolve the Afghan issue in consultation and participation of Afghanistan neighbouring countries including Russia, China as the peace talk is taking momentum. But there seems a gap that the people of Afghanistan are not involved in this talk about their future government. The role of women, intellectuals and youth is not specified. The development of the situation demonstrates that we cannot be sure that such behind the close door sessions will bring any peace and stability. The crises will continue according to most analysts. Their prediction is on the bases of the evidence going on through interference of the countries who are after their own strategic interest.