Lost in war: the peace talks that slipped yet another deadline 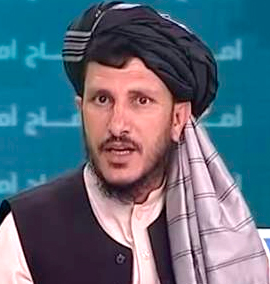 Last September, after President Ashraf Ghani took office, Pakistani Taliban made an assault on a school in Peshawar. Kabul said that the policy of Pakistan has changed after the attack and that peace would come soon.  Of course, Afghan officials think it is only Pakistan that can bring peace in Afghanistan. March ended, 6 months passed from the day the President started his work, but promises regarding peace made by the President and relating countries and sides are yet to be fulfilled.
Pakistan puts unprecedented pressure on Taliban
Pakistan put extreme pressure, which was unrivalled in past 13 years, on Taliban. The pressure was, of course, political. Insofar as, Pakistan had given 5 days of respite to the leaders of Taliban to initiate peace talks with Afghan government; otherwise, it warned they would face “unpleasant consequences”.
Almost three weeks ago, the Leadership Council of Taliban had a meeting and, with an absolute majority, decided to resist every kind of pressure from Pakistan, but not initiate peace talks with Afghan government as a result of Pakistan’s pressure by any mean.
The Leadership Council of Taliban also decided that they would keep their independence in Afghanistan-related affairs and they would let “no one” to make them accept their desires through political, psychological, hustle and military pressure, but they would make decisions on Afghanistan-related issues independently.
It is very important that most of the Taliban leaders have safe shelters alongside the border in Afghanistan and Pakistan, and, also, they have access to wide-ranging territory inside Afghanistan which is in their control that make them able to live safe far from the governmental menaces. Considering the present conditions, Pakistan does not have the power and potency to put pressure on Taliban and make them to negotiate with the government. The past 13 years have proved this hypothesis incorrect several times. Whenever visits between the two countries were increased in the presidency of former President Hamid Karzai, the hypothesis of if Pakistan could make Taliban to initiate peace talks was coming to ground over again; but as this hypothesis is attested erroneous, it will not be trusted after that.
Ghani should have done this!
President Ghani went very further in his speech to Congress of the United States, achieving what he promised will take Afghanistan not less than 20 years, and possibly the Americans won’t see such a situation in Afghanistan even after 20 years.
It is also worth mentioning, if CEO of the National Unity Government (NUG) was provided with an opportunity to address the Congress, perhaps he would have gone further than Ghani in praising American soldiers.
After Tarakai took power as a result of coup, he was saying to Russian that we are two steps ahead from Poland, Hungry and Czechoslovakia; they could not applied communistic rules on their people in 70 years but we have started their implementation from the very beginning. First of all, we have applied land distribution reforms on the people.
The entire words of President Ashraf Ghani were encouraging to American politicians and authorities. Ghani had to do so. Ghani’s words expressed formality at a large extent, unprecedented formality and gratitude, but Americans are not simple people; they are waiting to have these sugary and persuasive words put to action by the leaders of NUG.
Americans are content with his words also because of they would have answer for their nation now, that a government in Afghanistan is established which is thankful to the Americans, the death of American soldiers and their injuries, and the taxes of American nation have not gone in vain.
President Ashraf Ghani could guarantee his power due to the support of America for at least next two years; but the disagreement inside the country and ARG (Presidential Palace) is still a huge threat for him. It was thought that the NUG would be put an end as a result of inner disparities shortly.
Who is responsible?
President Ghani said, our problem is at first with Pakistan and then with Taliban. It is appearing that Ghani wants to solve the key problem of Durand Line with Pakistan; he mentioned it and he would be ready to have negotiations on it.
Thus, Ghani wants to go to the end of the line with Pakistan in order to bring it to a deadlock or make a deal with or make it to accept it is not honest. In both situations, Ghani would have the attention of America and International Community.
If Pakistan and Afghan government make a deal, Pakistan would tell the Taliban that it cannot have them in Pakistan after that. Pakistan would try to encourage Taliban to make peace talks with the NUG.
America has a lot of impact on Pakistan policy, America keeps eyes on what the leaders of NUG do, because they do not want to lose their strategic partner (Pakistan) by every mean.
America considers Pakistan as an influential country in the region; Saudi Arabia wants Pakistan to be an influential country in the region, too. In such a condition, it would be difficult for Ghani to make Pakistan accept his demands.
Pakistan achieved its goals
Pakistan would be dissatisfied with some words of Ghani in America, and I think Pakistan under the name of peace process with Ghani has achieved some of its important aims:

Undoubtedly, the attack of Saudi and its allies on Yemen is in the benefit of Afghanistan as Pakistan is going to stand on Saudi’s side; Iran and America will lose trust on Pakistan. It is also possible that Pakistan won’t support Saudi in its war truthfully and strongly. Saudi’s trust on Pakistan would decrease, and if Pakistan stood on Saudi’s side from the deep of its heart, it would have problems with America and Iran then.
A reason America is hesitated in withdrawing its troops from Afghanistan could be the situation in Iraq that vitiated after the withdrawal of American troops from that country.
On the other side, America would be wishing to keep its troops in Afghanistan due to US and Russia disagreements in Ukraine and Syria.
America and Iran nuclear talks have had provisional consequences; on the other hand, Saudi has given warning of making nuclear weapons, too.
Considering above concerns, war would be continuing in Afghanistan, there would be no peace; ARG would be a safe place for Ghani up for two years until Obama is in power, budget for the army and police would be provided regularly to Ghani’s government up to two years, perhaps the Provincial Centers would not slump.
The war in Dangam District of Kunar Province is a good example: Afghan security forces could not defeat Taliban, but after they received air support from Americans, they made the Taliban to leave the area.

US Policy on Pakistan and NUG still remains as a question?
There are rumors that ISI and Pakistani army have disparity of views in Afghanistan’s issue, the attack on Christian Church in Lahore, and perhaps more similar assaults would make, the signs shows that Pakistan will not stay loyal to its army’s promises and policy.
Karzai did the same, he was hoping that America would clear the matter with Pakistan. When it did not happen, Karzai started talking against America.
Ashraf Ghani is not like Karzai, the promises Raheel Sharif and ISI made with him, they had one-to-one talks in Rawalpindi, if Pakistan fulfills its promises, Ghani would agree on a lot of things, Durand and India are not important to him, also.
Recent information shows that Pakistan has made an offer to Ghani to provide Pakistani Generals with space in every brigade for alignment and solidarity of Pak-Afghan joint operations. It appears Pakistan makes their conditions and demands heavier in order to abandon the nominal peace process. It is obvious, Afghanistan will not accept these demands, and Pakistan would have loopholes and they would say if you do not accept our demands, we cannot make Taliban to initiate peace talks, then.
Pakistan still promises President Ghani that they would force Taliban to initiate peace negotiations, but some more time is needed.
Ghani says American that Afghanistan is nothing without you, if Pakistan continues its former policy, Ghani collides with it, he is confident that no one can take ARG from him up to 2 years, American has made him confident.
If Pakistan learns America entered in the game, the game would be in a shape and if there are only Afghans, the game would be played in a different way.
Peace is so difficult, it is a bitter reality, it cannot be attained during one, two years, the war will be continuing here.
If the leaders of NUG could bring reforms in governmental system, maybe America would become interested in peace program, it would then ask the Taliban and Pakistan to do not make Afghanistan a second Iraq.
If the NUG could not bring positive changes, America would tell the Afghan leaders, as it done when the government was ruled by Karzai, it would not intervene in your peace talks with Taliban; you and Taliban know better from each other’s language.
Most of the analysts think that Ghani would not be able to fulfill the promises he has given to America and show in action what he was saying.
Right now, Ghani and Abdullah fight on Election Reform Commission’s head Shukria Barakzai and its members.
Likewise, Ghani’s support to Saudi and Abdullah’s objection to that policy indicate that disparity of view and inner problem exists inside the Presidential palace.
During the Soviets’ invasion of Afghanistan, there were disparities between Taraki and Ameen Communist-backed governments, but they were unsuccessful in putting an end to these inner disparities. Therefore, perhaps America will not be able to remove inner disparities of the NUG. It is also a possibility that American consciously do not want to reduce the disparities between both leaders of the Unity Government.
It is almost 6 months that the government is entirely in an idle state. There is nothing going ahead. The complaints of recently appointed Governors that they cannot perform their duties due to inner disparities and intervention in the government is a proof of that stagnation.
The leaders of NUG were doing everything to make Americans happy with them just like Khalq and Parcham that were doing similar jobs in order to keep Russians happy.
Politically, the visit of Ghani and Abdullah had some practical results. There are security, regional and international problems exist, this is not only our war, it is a threat to the world and the region. Their words were because of gaining support of America and International Community.
The final result is still continuation of war
President Ghani wants to use both ways in full momentum: war and, from his own point of view, the practical struggles for peace.
He has expressed both doubts and hopes about Pakistan.  He said during his visit to the US in reference to Pakistan that both the countries will be either swimming together or we both sinking.
To sum what looks like the future, the country would stay in the state of war. Fighting would be extended to the North of the country, only named struggles for peace would be continuing, and the main point would be using power only, time will show who the winner is. America will be supporting the present government, and perhaps Russian, on regional level, would support the position of Taliban through a 3rd party player.