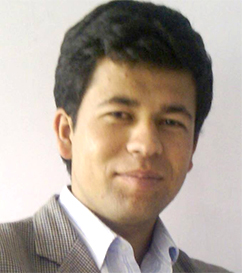 In common, those countries who got their independence of sovereignty from the super powers of the world earlier than a century, have outfitted themselves with the all facilities that the most developed people of the early developed countries are using such as; good accommodation, fair feeding, handsome clothing, interesting living style, lovely environment, cultural enrichment, acceptable social behavior, informed government, trained military forces, expert civilians, standard educational methodology, critical & academic universities, focused teams on nuclear enrichment, theoretical experts and practical superstars.

For sure, the criteria mentioned above are the sentimental needs and requirement of the human life which is desired to be implemented in usual life of people by any one, but it takes time to be prepared and needs people to make life colorful for themselves.

Truly, when I am taking the philanthropic behavior of the foreign developed people in a private consideration, I could convince my conscience that it is possible with no doubt that there are some people who are dealing all their life in good will and do not expect anything back from the people that they are providing services to.

If we glare, glance and have a glimpse on the situation that European developed countries provided for the Asian and especially Afghan immigrated people (Accepting them as immigrated people, Placing them in Refugee’s camp, paying 600 Euro per month for every immigrated person and providing feeding and clothing facilities for them) on that time the minds goes automatically in its medium way of thinking and considers all their devotion as their acting of human being interest.

Besides, no one can ignore their contributions as partner countries helping millions of dollars for Afghanistan in case of construction, reconstruction, training and equipping…!it is needed to be mentioned that some of the donation that they provided for Afghanistan was null and void and could not put a positive future impact on the improvement and public use of Afghans, but in this part, they are not guilty because they had just tied the relationship to help Afghanistan by cash and they ended over their responsibility and promises successfully. This was the Government Of Islamic Republic of Afghanistan (GIRoA) to find the needs and implement the projects based on needs or to spend many based on a preplanned project.

For the last two different events happened in Afghanistan, I saw different characters from different continent with different nationalities who were expressing their sorrow and condolence to the people of Afghanistan who really lost their hope of life after those Seven people beheaded in Zabul Province from Hazara People including 9 years girl (Shukria) and Stoning a Girl who escaped his father’s house to get away of forced marriages and marry based on her interest in Ghor Province.

To analyze their joint condolences with the Afghans, it becomes obvious that they are really not in need of receiving any award from Afghans or any reward. Even they are noticing that if anybody could arrest the one who gave decree for the stoning of Rukhshana in Ghor Province, he would deserve 45 million dollars and will find the chance to live his rest of live in a better condition (he will be accepted as a resident of the developed countries), if they are intended to help us in any case and they had shown that they really act based on what they are promising, then it’s our laziness that we are losing all golden chances and ask everything to be done out of our physical or mental attempts. Most of the people are really interested to swallow those loaves of bread which is getting prepared by someone else.

If we act in the same manner, how can be expect our country to be managed by ourselves and how can we let others to know that we have really found such an ability that we can deal with the whole challenges that our country has uniquely without foreign intervention and interruptions.

To shorten, it suits Afghans to increase their optimistic vision and avoid being pessimistic in their life, to look on everyone side suspiciously will cause us to lose many opportunities that cost even more than wasting of the golden time and it is impossible to be treated by being remorseful beyond situation that we are raising in our mind after the action which is done.